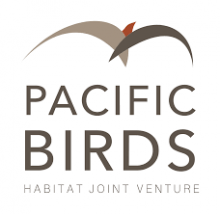 Oregon’s northern coast, punctuated by small towns surrounded by nature, is largely undeveloped. When developers bought Botts Marsh, which was zoned for marina use, the Lower Nehalem Community Trust took action to conserve the area. The marsh is less than a mile south of the town of Wheeler (population 414) and is a popular place for people to kayak and nature-watch.

Lower Nehalem Community Trust’s Nancy Chase spent her career as a natural-area planner in the Portland metro area. For 25 years, Chase has been coming to her cabin near Wheeler to enjoy the scenery, plants, and animals. In her retirement, she volunteers her services to land trusts.

“I work on the acquisition side of conservation out of my love for nature,” Chase explains. Part of Chase’s work with the Lower Nehalem Community Trust includes applying for grants. The trust was awarded  a grant through the North American Wetlands Conservation Act (NAWCA) to support the acquisition of Botts Marsh.

The Lower Nehalem Community Trust used its NAWCA grant to conserve 30 acres of intertidal salt marsh and tidal channels at Botts Marsh. The marsh is part of Nehalem Bay, which has been a priority area for Pacific Birds Habitat Joint Venture  since the 1990s due to its importance to ducks, geese, swans and other waterfowl. Botts Marsh has about 1,500 feet of bay frontage.

Across the bay from Botts Marsh sits Nehalem Bay State Park. Chase explains that the land trust is purchasing land, including Botts Marsh, along the bay to create a wildlife corridor from the state park to other protected areas. “Over the past 10 years we’ve raised funds to purchase seven properties along the edge lands of Nehalem Bay,” Chase says. In addition to providing a corridor for wildlife, the goal of the Protect the Edge campaign is to safeguard the water quality of the bay. Preserving wetlands also helps shelter inland areas by providing a buffer. The funds the trust raised for Botts Marsh were matched with money from its NAWCA grant.

NAWCA has provided funding for wetland habitat preservation projects, like the Botts Marsh Acquisition, across North America since 1989. Over the past 30 years, NAWCA has grown into one of the most significant conservation programs in history. More than 3,000 NAWCA-funded projects have conserved 30 million acres of wetlands and related habitats. The projects span nearly every state, territory, and province in Canada, the U.S., and Mexico. The goal of the multi-billion dollar grant program is to guarantee waterfowl and other wetland-dependant species a diversity of habitats across the continent, from breeding to wintering grounds, in perpetuity.

“Without NAWCA funding it would have been a real struggle for the Lower Nehalem Community Trust to purchase Botts Marsh,” Chase says. “NAWCA funding gave us the luxury of raising stewardship funds from private donors, rather than acquisition funds.”

Thanks to the hard work of the Lower Nehalem Community Trust, and the support of the NAWCA grant, people and animals will enjoy the beauty of Botts Marsh in its natural state for years to come.