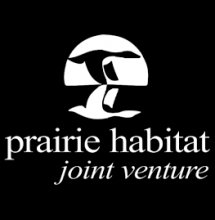 Canada’s boreal forest is one of the most significant on the planet, explains Larry Simpson of the Nature Conservancy of Canada. The habitat is a matrix of wetlands and coniferous forest, home to a broad array of wildlife, including waterfowl, such as American wigeon, lesser scaup, green-winged teal, and mallards.

“Looking at a map of northern Alberta 10 years ago, there was a big space around Wood Buffalo National Park, where the protected land petered out,” says Simpson. It turned out the Tallcree First Nation owned the timber quota for a portion of this land, but it was not very profitable because the land is far from the mill and market. It is also two to three hours from where the Tallcree Nation lives.

“We went to the Tallcree thinking we had solutions,” says Simpson, “but the key was to listen carefully to them.” This created trust. “With trust we can work through anything that comes up easily, without it every issue becomes a barrier.” Understanding the nation’s goals took time. The Tallcree wanted to create jobs for their people.

In the end, the NCC purchased the timber quota from the Tallcree, securing more than 300,000 acres, including 178,000 acres of wetlands. After purchasing the quota, the NCC transferred it to the Government of Alberta, which allowed for the cancellation of the quota, creation of Birch River Wildland Provincial Park, and protection of critical habitat.

The land that became Birch River Wildland Provincial Park was claimed as a donation as part of the North American Wetland Conservation Act (NAWCA) because of the contribution to wetland conservation. NAWCA has supported wetland habitat conservation projects across North America since 1989. Over the past 30 years, NAWCA has grown into one of the most significant conservation programs in history. More than 3,000 NAWCA-funded projects have conserved 30 million acres of wetlands and related habitats. The projects span nearly every state, territory, and province in Canada, the U.S., and Mexico. The goal of the multi-billion dollar grant program is to guarantee waterfowl and other wetland-dependent species a diversity of habitats across the continent, from breeding to wintering grounds, in perpetuity.

Simpson says he would like to see Canada adopt conservation policies and practices for the more settled regions of the country that encompass the continued survival of nature. “While it’s important to celebrate success, I’d like to see the rate at which we are conserving dramatically ramp up,” says Simpson.

Birch River Wildland Provincial Park remains largely untouched wilderness. According to Simpson, the human footprint on the area is less than one percent and the land is accessible primarily by helicopter. The establishment of the park has contributed to the world’s largest contiguous boreal protected land.