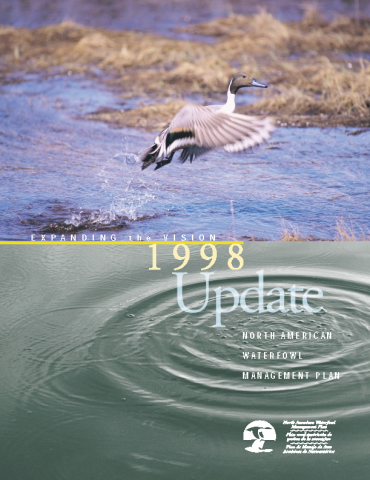 The North American Waterfowl Management Plan (Plan), signed by Canada and the United States in 1986, laid out A Strategy for Cooperation in the conservation of waterfowl. It emphasized the importance of a partnership approach to conserve habitats important to waterfowl, to continually improve our scientific understanding of waterfowl populations and their interactions with habitats, and to periodically update the Plan.

In 1994, the Plan was updated and became a truly continental effort when Mexico joined Canada and the United States as a signatory. Although the principles and the waterfowl population goals in Expanding the Commitment remained the same as in the 1986 Plan, habitat objectives increased fourfold. The challenge was clear: more needed to be done on a broader scale.